Why Are We Here ?

To Forge A New Economic
Global Agreement
#IsThereEnough is here to drive an inclusion conversation that helps make the world actually work for 100% of humanity, a framed mathematical goal of R. Buckminster Fuller.
Throughout 70,000 years of human history, we have been limited in survival to those that could access and utilize the resources that survival was based on. Those resources, we were told, were limited. In fact, they were scarce. We are still economically governed by those ideas. There are no economics textbooks, in any language, that suggest otherwise. Economics has always been said to be based on distributing a limited pie, on scarce, or some might say, “scare”, resources.

Is Scarcity a Precondition?

There are no examples in human history that demonstrate scarcity as a pre condition of life. We have never run out of any resource, in all of human history, before we replaced it with something better. We have never had any example of a mass migration of people, by refugee, war, or voluntary movement, that has caused a destination country to suffer economically. In fact, just the opposite is true. They have prospered and thrived. Is there scarcity in the world? Sure, but is it a precondition of life on earth ?  It is time for us to rethink this formula.

People Are At The Center of Economic Value

Scarcity exists, but not because we lack resources, or because we have ‘too many people’ consuming them. In fact, it is just the opposite. It is because we lack agreement. Instead of working on 100%, we are focused on who is to be included or who should be re-adjusted. That will not create more survival. What creates survival is wealth, which is much more than money. Money only stores wealth. Growth in real wealth, such as has taken place in the last 100 years in India, or the last 25 years in Bangladesh,  has saved 100’s of millions of lives, and takes place by agreement, something humans are not yet very good at yet. To begin with, we have to focus on people as the real economic resource. The Fuller Treaty establishes a higher value to each person signing and adopting it, just as their country or global ID does. It creates a statement of justice and human economic value as an agent of agreement. 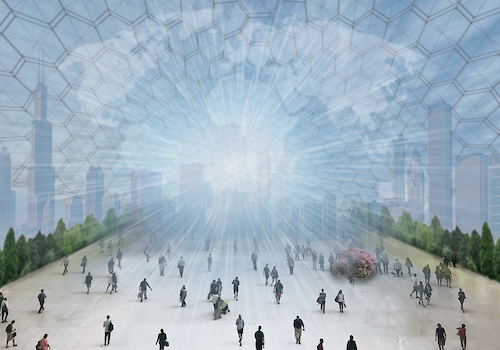 Our goal, and our game, our entire exercise, is to reach 100 Million people who are ready to enroll  in a new economic justice agreement with themselves, The Fuller Peace Treaty, that prizes collaborative wealth over war. If you are ready to be counted in the agreement, preregister today. If you are not , take our survey Let us make our case to you. Dig deep into our influences . That will give you some understanding of our values and intentions.

We want to help you exercise a clear and informed choice when you join us in the commitment we offer you, to uphold agreement over war.